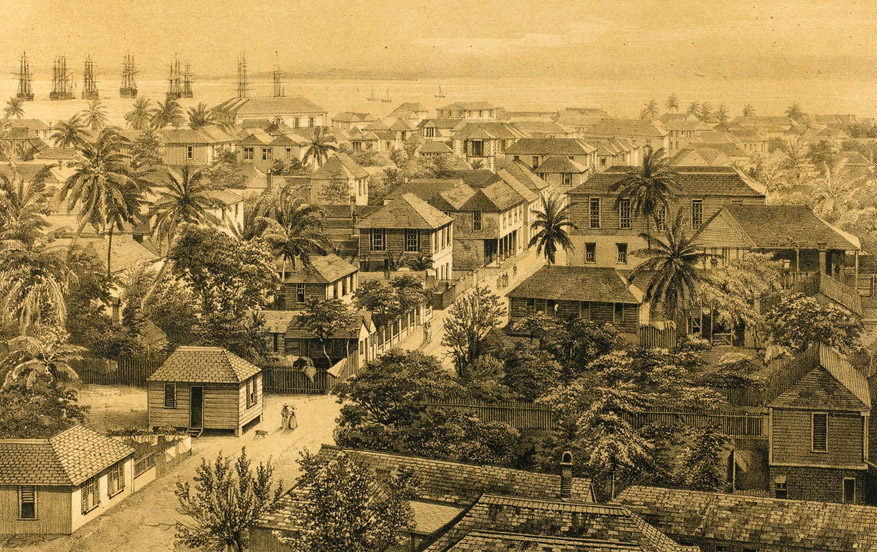 An Appreciation of Jamaica’s Architecture

Jamaica has some of the most fascinating architecture. This artwork gives a depiction of Falmouth in the 1840s.  The town’s buildings, the old and the not-so-old, make up the historic townscape of Falmouth. These shared characteristics weave the varied building styles into a distinctive pattern of early Jamaican architecture, and a critical mass of each variety makes the town an unusually distinctive place.

The town of was named after Falmouth, Cornwall in the United Kingdom, the birthplace of Sir William Trelawny, the Governor of Jamaica, who was instrumental in its establishment. The town was meticulously planned from the start, with wide streets in a regular grid, adequate water supply, and public buildings

The town’s buildings, the old and the not-so-old, make up the historic townscape of Falmouth. These shared characteristics weave the varied building styles into a distinctive pattern of early Jamaican architecture, and a critical mass of each variety makes the town an unusually distinctive place.

From the 1750s until the 1850s, Jamaican Georgian architecture was the most popular style in the country. It combined the elegance of British Georgian architecture with functional objectives appropriate to tropical climate; built to withstand heat, earthquakes, humidity, hurricanes, and insects. Some common features to this style include balustrades, ornate and deep fascia boards, contrasting lattices, and pineapple shaped finials located above roof-lines and cornices.(Courtesy of Culture Trip)

Jamaica’s capital city is home to Devon House, an example of Jamaican Georgian architecture that was once the personal residence of the country’s first black millionaire, George Stiebel. The restored home, built in 1881, now operates as a museum as well as a National Heritage Site.

The Jamaican vernacular architectural style was common among tenant farms and servants (many of whom fled to Scotland after the Clearances), but also among the children of freed slaves. These houses were typically positioned in a way to prevent kitchen smoke from reaching the living areas and had very large inner spaces, much like the bothies of 18th century Scotland.(Courtesy of Culture Trip)

Some of Jamaica’s notable architects

George Stiebel built one of the most iconic and beloved places in the nation’s capitol Kingston – Devon House.

Courtesy of Visit Jamaica.com “The rectory was then sold to Jamaica’s first black millionaire George Stiebel who built the Devon House Mansion. Stiebel then sold this mansion to Reginald Melhado, but only sold 11 of the 51 acres of the land, subdividing the remaining 40 acres to form the roadways Waterloo Road and Devon Road.”

Courtesy of Architecture Digest, “Ethnically Chinese Jamaican architect, Wilson Chong, designed one of the most visited buildings on the island, the football stadium. Chong is recognized as “the master of the shell-shaped concrete curve,” a style which stood him in good stead during the concrete-loving 1960s. The grandstand of the Marley Racetrack, 23 miles from the capital, is one of his most dramatic works, particularly because of the triple cantilever, something of an engineering marvel.

After Chong came H. Denny Repol, one of the most successful Jamaican architects, whose firms have been responsible for the design of large hotels along the island’s tourist-busy north shore. In the 1980s, Repol was also the architect behind the construction of the Jamaica Tourist Board’s administrative headquarters in Kingston. He also built the Life Of Jamaica Head Office Building, which has four floors of concrete sheltering an atrium holding a bridge and thousands of beautiful plants.”

Visit Jamaica and experience its rich history in modern times.

For more on Jamaica’s architect or architecture, check out the sources. 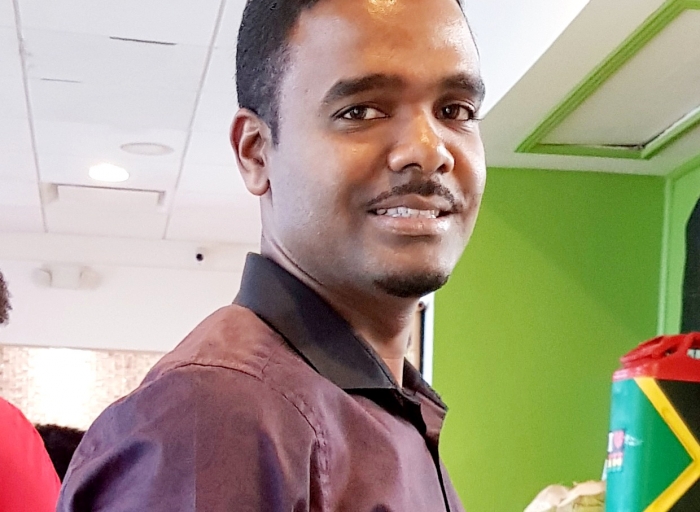 Reclaiming our Narrative by Discovering our True Identity 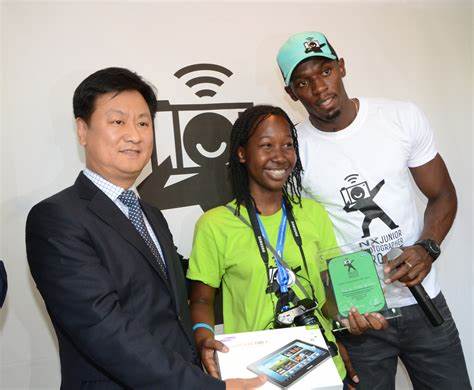